Revision of the Framework Waste Directive 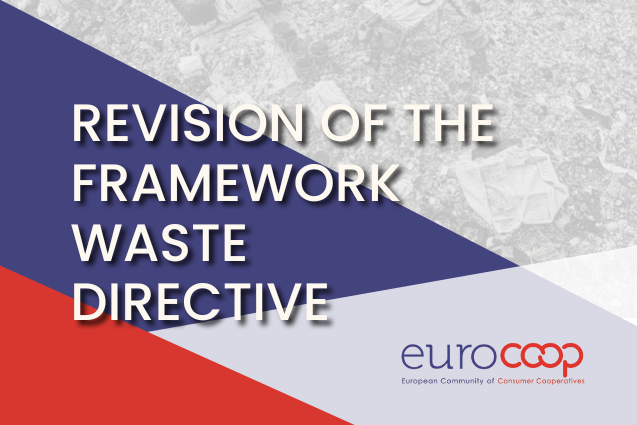 In the aim of greening the food systems, the Commission has started the legislative process to review the FWD for the part regarding Food Waste (FW).

This initiative should help in preventing throwing away eatable food and in ensuring the highest valorization and recovery (ie animal feed, anaerobic digestion) of the uneatable part.

The problem at stake is serious as shown by the data provided by the Commission and its technical services.

While harmonized data on the generation of food waste at Member-States level for 2020 were supposed to be provided by the end of June this year, it’s estimated that some 88 million tons of FW, both eatable and not, is produced each year in the EU with an associated economic cost of around 143 billion euros.

When food becomes waste it adds up others environmental concerns, like groundwater organic contamination by leakage from landfills or GHGs emissions, 8-10% of which is directly or indirectly caused by FW.

While the overall environmental impact of food systems is remarkably high, the social dimension of FW cannot be neglected. In fact, while around 20% of the total food produced in the EU is wasted each year, over 36 million people cannot afford quality meal every two days.

FW is mostly generated at household level (some 47 Mt, more than 53% of the total), followed by the processing sector (19%), food services (12%), primary production (11%) and wholesale and retail (5%). The different causes behind any of those waste streams, require a structured intervention at different levels.

As ethics-based, values-led and principled-driven retailers, consumer co-operatives place sustainability in its economic, social and environmental dimensions at the core of their action.

In the past decade, consumer co-operatives have taken initiatives to reduce the amount of FW by optimizing the supply chains and their own operations, establishing new partnerships, communicating better and differently with consumers. Euro Coop members have banned volume-based price promotions, stepped up donations, partnered with food banks and called for national legislative and tax regime changes to ease food donations.

COOPs provide their members and consumers advice on how to avoid food waste by holding seminars and public lectures, through mobile apps, publications and information campaigns. While COOPs we are willing to further play their role in the new legislative context, we do strongly believe that any meaningful results can be achieved only if the targets are binding and cover the value chain in its entirety. Because food loss at farm level is not considered a form of waste, the new legislative provision will not touch the food lost (ie unharvested vegetables and fruits). We find this unreasonable, impractical and contradictory to Sustainable Development Goal (SDG) 12.3.

Moreover, we are concerned by the Commission’s approach to the 2030 target by focusing particularly on households and retailers. The reference to the SDG 12.3 which includes a target to halve per capita global food waste at the retail and consumer levels could lead to misinterpretation. On that regard, the “Champions 12.3” coalition of high-ranking policy makers and private industry executives gives this interpretation that we fully share:

“Target 12.3 should be interpreted as covering the entire food supply chain, from the point that crops and livestock are ready for harvest or slaughter through to the point that they are ready to be ingested by people... ‘food loss and waste’ applies to both ‘food’ that is intended for human consumption and its associated ‘inedible parts’ which leave the human food supply chain because Target 12.3 comes under SDG 12 (Sustainable Consumption and Production) and not SDG 2 (Ending Hunger)... one should apply the ’halve per capita’ in practice to food losses, as well, not just to food waste.”

On the other hand, while households’ responsibility is undeniable, data indicate that the retail sector contributes 5% of the total FW. For the forthcoming legislative revision to be meaningful it is therefore necessary that all sectors and actors from farms to final consumers contribute towards the final reduction target according to their production of FW.

However, considering that the Commission will present the revision proposal Q2 of 2023, the only way to halve FW in the the few remaining years before 2030 would be through compulsory and ambitious (ie at least 50%) reduction target that would involve all possible actors.

We do acknowledge the supporting role public awareness and education can play in reducing food waste, but we are convinced that further actions are needed to bring any meaningful results in the given timeframe. 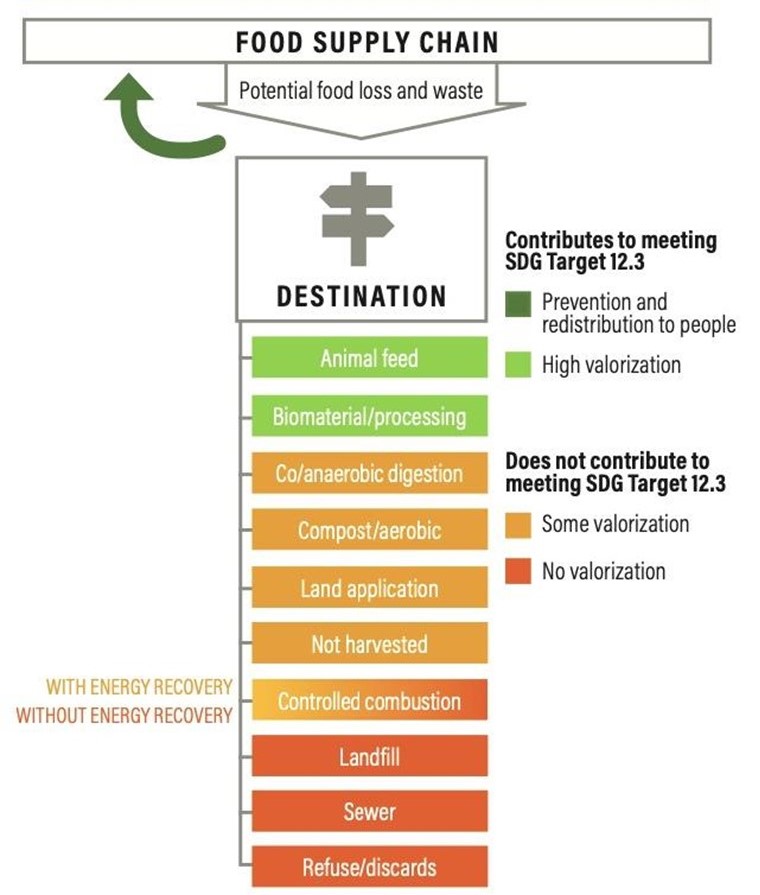 by 2030, other measures (ie sanctions, fiscal or economic incentives) would probably better support the compulsory nature of the target set.
Finally, Euro Coop thinks that, once the correct waste hierarchy as defined by Directive 2008/98/EC is applied, the remaining fraction of FLW could be better valued if used to reduce the demand in raw ingredients of animal feed as well as to be transformed into biomaterials. This reflects the interpretation offered by “Champions12.3”.

Consumer co-operatives remain committed to fighting food waste at all levels and strongly hope that this landmark occasion will lay the foundations for a swift and effective EU-wide action to curtail the pervasive inefficiencies of the food supply chain which come with tremendous financial, ethical and environmental costs.