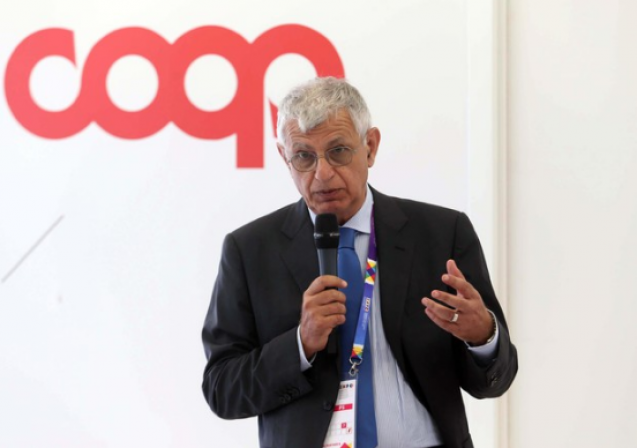 On Friday, 17 June 2016, in Rotterdam, Netherlands, the Euro Coop General Assembly elected a new Presidency for the mandate 2016-2018, as follows:

Massimo Bongiovanni is a life-long co-operator and current Vice-President of the National Association of Consumer Co-operatives (ANCC), which has merged several years ago with COOP Italy – the retail business and number one retailer in the country. ANCC is the body which is responsible for all policy and representation affairs of the consumer co-operative movement in Italy. His vast managing experience in policy and impeccable understanding of the co-operative model will undoubtedly build upon Euro Coop’s successes and open new horizons for the European consumer co-operative movement.

Ofer Feinstein is the Chief Executive Officer of Coop Israel, whose leadership has modernized consumer co-operatives in Israel. His excellent knowledge of the implementation of co-operative values and principles and genuine business flair have transformed Coop Israel as a respected and driving force in the retail market on national level, as well as consolidated the Israeli consumer co-operative movement.

Juhani Ilmola is the Director of Advocacy within SOK Corporation – the undisputed market leader on the Finnish retail market.  Other than being a co-operator all his life, he is also a veteran within Euro Coop, as he is engaged in Association activities since 1988. His true sense co-operativism and vast experience are a much valued asset for the management of Euro Coop.

Jaanus Vihand is Chief Executive Officer of Coop Estonia since 2012. Also a life-long co-operator, his stewardship has directed Coop Estonia to the leadership position on the market, as well as re-establishing the co-operative model and identity within the Baltic state. His natural business sense will add a new impetus within Euro Coop.

The General Assembly would like to express its sincere gratitude to the members of the previous Presidency for their leadership and loyal service during two mandates 2012-2014 and 2014-2016, as follows:

International Day of Awareness of Food Loss and Waste

The 2022 General Assembly took place on June, 21st in Seville. On this occasion, Mathias...