A Successful Year for COOP Slovakia 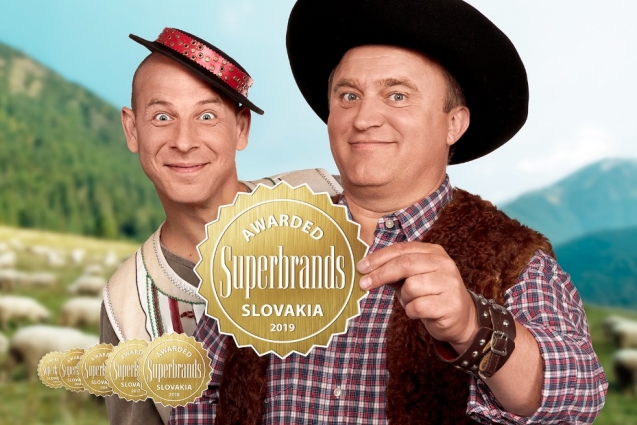 The consumer co-operative retailer in Slovakia has yet another successful 12 months, maintaining its strong visitibility and market leader position.

The success of the Slovak COOP can be seen in the fact it won its sixth Superbrand award; it came second in the retail chain category of the  prestigious Hermes Communicator of the Year Awards; it was named Slovak company of the year in Figyelő, a Hungarian magazine; and it ranked first in the NMS Market Research survey for most popular advert.

Despite strong international competition, COOP Jednota succeeded in maintaining its market leader position being the most recognisable brand, even among younger shoppers. According to the Young People Ad Monitor 2018 survey on effective marketing, COOP was the September leader in instant advertising recognition with its private label Mum’s Delicacies ads. Then, in November it was again number one with its Christmas advert.

In 2018, COOP Jednota continued in its efforts to satisfy even the most demanding customer requirements and over the last 12 months its shoppers could select from the largest assortment of Slovak groceries of all the retailers on the domestic market. And this was shown in a survey by the Slovak Agriculture and Food Chamber. Working with its hundreds of loyal suppliers, COOP Jednota helped support Slovak producers and did much to increase the country's level of food sufficiency.

COOP Jednota also took its social responsibilities seriously. Last year was the second year of the successful  Local Community Support Programme, through which the COOP Jednota Foundation provided financial support totalling €146,000 to 25 projects. Healthcare projects were supported to the tune of €35,000.

The COOP Jednota retail system has also responded to the increasing public pressure for businesses to be environmentally friendly. In 2018, the consumer co-operative retailer used signage, banners and media promos to publicise the steps taken to support sustainable shopping. In our stores, customers can choose from a range of environmentally friendly shopping bags and degradable binbags. In 2019, COOP will continue to promote its socially and environmentally responsible commitments. Plastic cups and plates, cotton buds and straws will all be replaced by ecological alternatives.