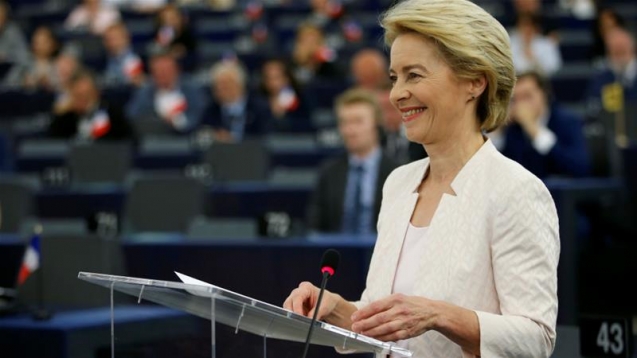 Euro Coop is one of the 36 leading campaign groups, farming organizations, and think tanks which have come together to call on the new European Commission President to put an EU food policy in place.

In an open letter to the Commission President, Ms von der Leyen, the organizations --representing the sectors of farming, fisheries, environment, animal welfare, health, consumers, consumer co-operatives, development, social justice, climate, and forestry-- also called for a European Commission Vice-President to be made responsible for ensuring the transition to sustainable food systems.

Citing the existential threats posed by current trends, the coalition wrote: “Reforming our food systems is therefore an opportunity for the EU and its Member States to address the concerns of many citizens, and is the key to meeting the UN Sustainable Development Goals (SDGs), the Paris Agreement on climate change, and many other commitments to protect people and the planet.”

The letter argues that the creation of an integrated food policy, under the stewardship of a European Commission Vice-President, is essential to coordinate the efforts of the different departments impacting our food systems, including DG AGRI, CLIMA, COMP, EMPL, ENERGY, ENVI, GROW, MARE, SANTE, TRADE and TRANSPORT.

Underlying the results of the EU elections, the signatories highlighted the public will for an integrated food policy to remedy the democratic deficit in food systems and rebalance power. By shifting the focus from sectoral policies (e.g. agriculture, fisheries, health) to food policy, a wider range of stakeholders can be involved in designing and assessing policies.

The open letter echoes the key findings of IPES-Food's February 2019 report, 'Towards a Common Food Policy for the EU'.

Based on a three-year process of participatory research involving over 400 food system actors, the report puts forward a detailed blueprint for reforming European food systems under a Common Food Policy, with 80 concrete reform proposals sequenced over the short-, medium- and long-term.

A shift towards integrated food policies has also been advocated by the European Economic and Social Committee, the Committee of the Regions, the Joint Research Centre, the Commission's Scientific Advice Mechanism (SAM), the European Environment Agency, and the Standing Committee on Agricultural Research.

Read the letter in PDF here.