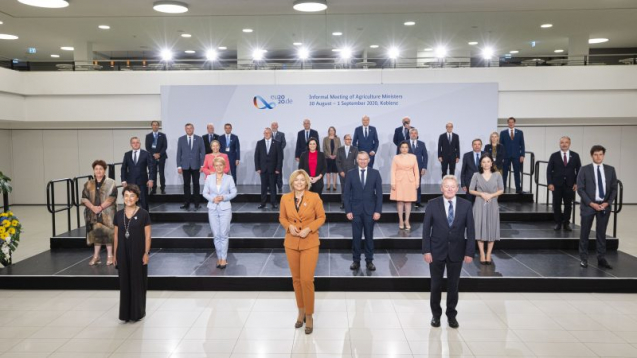 Germany’s EU Presidency agenda on agriculture was launched with a two-day informal meeting of the 27 EU agri-ministers in Koblenz, Germany. The agenda was dominated by matters of food labelling and security.

All three themes have been rising on the EU policy agenda and on the radar of national governments as EU shoppers are showing an increasing demand in knowing more about the food they buy. As such, the topics are of leading importance for Euro Coop as consumer co-operatives across Europe are champions of putting more on the label in the interest of informing shoppers.

However, these are voluntary self-introduced retailer practices. From a legislative point of view, several national governments have already taken the lead in introducing standards for origin labelling of some food items like milk or some main ingredients of food products.

The EU, however, would like to avoid a patchwork of national legislative regimes as this could lead to a fragmentation of the EU Single Market. Brussels would rather introduce a harmonized food labelling scheme for all member states, which would obviously benefit consumers as they would have the same information on the label regardless of the country they are in.

The EU Commission will come forward with such a proposal in the context of the Farm to Fork strategy (F2F).

Agriculture Commissioner Wojciechowski foresees an impact assessment for the second half of 2020 in order to delve into possible repercussions of mandatory origin labeling mandatory for farmers, retailers and consumers.

Italy is ahead of the pack by already having in place national origin schemes for several products, such for example tomatoes and durum wheat.

The ministers also discussed the idea of a harmonised EU label for animal welfare, which is something many operators, amongst which consumer co-operatives, have launched for their private label in recent years. In the beginning of the year Germany voiced its support for an EU framework on this issue as it is estimated that farmers would gain access to a new market to sell products produced with higher standards. On the other side of the equation always are the consumer and the question whether they are ready to pay more for higher quality.

According to COGECA (European agri-coop association) President - Ramon Armengol, whilst consumers have declared their willingness to accept higher prices, it remains doubtful whether such a premium would be passed onto farmers.

As Euro Coop has repeatedly made clear, the EU food supply chain is composed of numerous segments and retailers predominantly purchase goods through manufacturers/suppliers, rather than from the primary producers themselves. Within such a complex context, it is rather a challenging exercise to follow the movements of price premiums from consumers’ wallets back to the producers’ farm.

The EU Commission will launch an external study in the first half of 2021 as it attempts to draft a viable animal welfare EU-wide scheme. Commissioner Wojciechowski reminded that the F2F Strategy foresees a revision of the animal welfare legislation and its aspects pertaining to animal transport and to the slaughter of animals.

Euro Coop welcomes this commitment as consumer co-operatives have always been at the forefront in the implementation of better animal welfare practices as a way to guarantee not only animal wellbeing, but also biosecurity in farms, minimum level in antibiotic usage and food safety standards.

This aim represents the historic origin of consumer co-operatives, as the first society was established in 1844 for the purpose of guaranteeing food security in the dire circumstances of the Industrial Revolution.

The EU Ministers reflected on the EU’s food security in the context of the COVID-19 pandemic and specifically the need to guarantee and safeguard the Bloc’s access to sustainable and quality food supply. 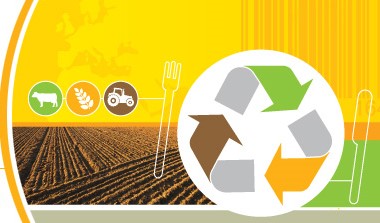 A central point was the inconvenient truth which the global pandemic brought to light – that of the lack of sustainability and self-sufficiency in the EU’s food industry. The reality is that the EU is too dependent on third-country imports, such as in the case of feed or veterinary medicinal products.

The EU Commission is adamant that ensuring food security requires addressing Europe’s dependency on non-EU markets, which is why it is already elaborating a contingency plan to ensure food security in the event of future crises. It was also stated that there needs to be made available an adequate set of instruments to the disposal of farmers in order to allow them to gear their resources and capacity in security Europe’s food self-reliance regardless of any future market and weather fluctuations.

These considerations are of crucial importance, particularly if we see this through the lense of food sovereignty principles.

Consumer co-operatives place great attention into contributing to the local economy and in particular in ensuring small-scale farms, especially in predominantly rural areas, are connected with consumers through the co-op shops. This ultimately helps establish shorter supply chains and localised food systems. These are the building blocks of food sovereignty which is defined by the idea of a democratic process, where consumers have the right to shape their food systems, choosing healthy and nutritious food produced with sustainable methods.

For these reasons, Euro Coop believes in the need to favour alternative business models, such as consumer co-ops which could contribute to greater food security through policies of territorial solidarity.

Our renewed commitment to foster healthy diets for a #zerohunger world...