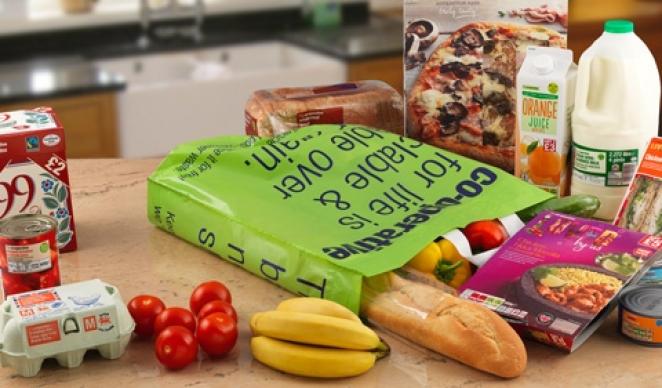 The Transatlantic Trade and Investment Partnership

The EU-US free trade deal, officially known as the Transatlantic Trade and Investment Partnership (TTIP), is more than a traditional trade deal. It is an attempt to smooth out the discrepancies between the two markets’ regulations and to create a framework for coherent regulatory standards, thus easing the economic and administrative burdens faced by businesses on both sides of the Atlantic.

There is no doubt that this is an admirable and potentially very powerful project. However, Euro Coop has several concerns regarding what this deal could mean for Europe’s consumers. From food safety to consumer information, standards vary between the EU and US, and attempts to harmonise the rules could, we believe, endanger the high level of freedom enjoyed by European consumers in choosing exactly what they do (and don’t) have on their plates – from GMOs to cloned animals.

There is no doubt that the US market is an important one for the EU. It is the first export destination for our food and drink products, and the third most important source of food imports. In 2013, EU goods exports to the US amounted to €288.3 billion, whilst imports from the US came to €196.1 billion.1Overall, annual trade and investment between the two markets exceeds €3 trillion.

It is therefore important that we get this trade deal right.

Who are we? Co-operative Values

2 In the tradition of their nineteenth century founders, co-operatives believe in the ethical values of honesty, openness, social responsibility and caring for others.

The European Community of Consumer Co-operatives unites co-operative retailers across 20 European countries, operating 36,000 stores and serving 30 million consumers. As supermarkets which are owned and managed by their consumer-members, we have made a promise to these 30 million consumers to deliver healthy, safe, sustainable and quality food at an affordable price and to provide them with accurate and comprehensive consumer information.

With this in mind, our primary concern is to protect both our members and Europe’s consumers in general from a watering down of Europe’s high food safety and consumer information standards.

The ‘framework for coherent regulatory standards’ aimed for by the two negotiating blocs presents a certain challenge when it comes to risk assessment, as there are many differences between the two sides. In the EU, the precautionary principle forms the cornerstone of food safety decisions. This means that the burden of proof to show that a foodstuff is not harmful falls on the producer, manufacturer or importer of the food, thus going a long way to preventing potential harm to human health. In the US, a foodstuff is deemed to be safe when there is a “reasonable certainty of no harm.” US risk regulators therefore wait for evidence of danger to health before intervening. Euro Coop believes that the precautionary principle should an utterly non-negotiable aspect of the trade deal.

Furthermore, the evaluation of food risk is a far more thorough process in the EU than the US. Between the European Food Safety Authority (EFSA) scientifically assessing the risks and the European Commission, European Parliament and Member States acting as risk managers who grant authorisation approval, a product has to jump through many hoops before it can be put on the market. In the US, however, the onus is usually on the companies themselves to provide a private risk assessment. This is a fundamental difference, and in Euro Coop’s view, any levelling out of this field seriously hampers the treatment of consumer health as a public issue. We do not want to see it in the hands of large multinational companies, being treated as a private matter.

Much of the debate in Europe among the media and citizens has focused on the practice of ‘chemical washes’ which are prevalently used in the US to verify the safety of a meat product at the end of the production chain. Returning to the fundamental principles on which Euro Coop’s food policy is based, we believe that the use of meat decontamination treatments do not preserve consumers’ right to safe food and as such we cannot emphasise strongly enough that the EU’s “from farm to fork” approach to food safety should also be a non-negotiable part of TTIP.

Euro Coop, does, of course, appreciate that there are many potential positives to be gained from the deal, and that there are great opportunities for both sides to pool their resources to create, for example, food alert systems to identify sources of food contamination.

Of potential benefit to consumers is the possibility TTIP offers for lower food prices. This, especially in the context of the prolonged economic crisis, is an important point to take into consideration. However, low prices are often obtained at the expense of the high-quality, high-safety, social and environmental standards that are observed by consumer co-operatives throughout Europe. Allowing the lowest common denominator to be the standard is not responsible consumerism and consumer co-operatives are one of Europe’s leading voices which call for the retail sector to do and be better.

In this respect, Euro Coop’s members can pride themselves on their private labels, which are core to their high-standard, sustainable and responsible commercial policy, by which they answer to their members' (the consumers) needs and aspirations. Private label branding enables consumer co-operatives to influence the content of the product, the production process and suppliers' working conditions – to the benefit of the final consumer. It also enables consumer co-operatives to support a sustainable production and logistic process while at the same time preserving affordability as the huge marketing costs typical of "must-have" brands are left aside. Euro Coop would therefore oppose any commercial policy which views lower prices as the only reason to foster trading relationships for the ‘good’ of consumers on both sides of the Atlantic.

Consumer co-operatives are committed to providing accurate and comprehensive consumer information. Through our efforts on, for example, food labelling, we enable European consumers to make informed choices and adopt responsible consumption practices. Practices and legal standards vary widely between the EU and US and we believe that TTIP should not limit or impact upon the EU’s ability to enforce the rules it regards as necessary to protect the interests of consumers in areas such as cloning and GMOs.

In terms of cloning, Euro Coop has consistently opposed the practice of cloning animals for food purposes on the grounds that consumers have clearly voiced their concerns over the safety of food derived from clones, the undue health and welfare problems it causes to animals and the potential reduction in genetic diversity that the widespread use of the practice could induce.3 We therefore must assure that TTIP won’t lead to the offspring and descendants of cloned animals entering the EU market un-labelled. As far as GMOs are concerned, we are worried that TTIP could be used as a subtle vehicle to force them into the EU market, thereby de facto limiting consumers’ right to know and choose.

Consumer co-operatives are committed to providing consumers with accurate and complete information including, when possible, that which refers to the protection of foods bearing the Protected Designation of Origin (PDO) and Protected Geographical Indication (PGI) certifications. Many of our members produce food which is deeply rooted in tradition, culture and geography and want this indication protected. This is not only about our members, but about the principle of solidarity towards the local producer and responsibility towards the community.

Finally, using the example of growth promoters, antibiotics are banned for use in the EU in food since 2006, while their use is legal in the US. Furthermore, certain veterinary medicines which are also legal in the US have been prohibited in the EU due to the serious risk they can pose to human health. In seeking regulatory convergence, TTIP should still allow room for the EU to continue setting the food safety standards it wants.

Consumer trust is already arguably at its lowest ebb for several years and we are concerned that TTIP could lead to an even further erosion of that in Europe.

Essentially, we at Euro Coop are concerned to see that the EU’s democratically determined rules on food safety and consumer information are not seen as mere ‘barriers to trade’. The EU has arguably the highest standards of consumer protection in the world, and the issue of food safety cannot and should not be approached from a sole cost-benefit point of view, as it tends to be in the US. Consumer co-operatives serve over 30 million consumers across Europe and in order to fulfill our promise to deliver healthy, safe, sustainable and quality food at an affordable price and to provide them with accurate and comprehensive consumer information, we call on TTIP negotiators to put public interest first and to ensure our world-class food safety standards and consumer rights are protected.

3. A 2008 Flash Eurobarometer found that a majority of EU citizens said that it was unlikely that they would buy meat or milk from cloned animals and 83% said special labelling would need to be in place for food products from the offspring of cloned animals (http://ec.europa.eu/public_opinion/flash/fl_238_en.pdf)