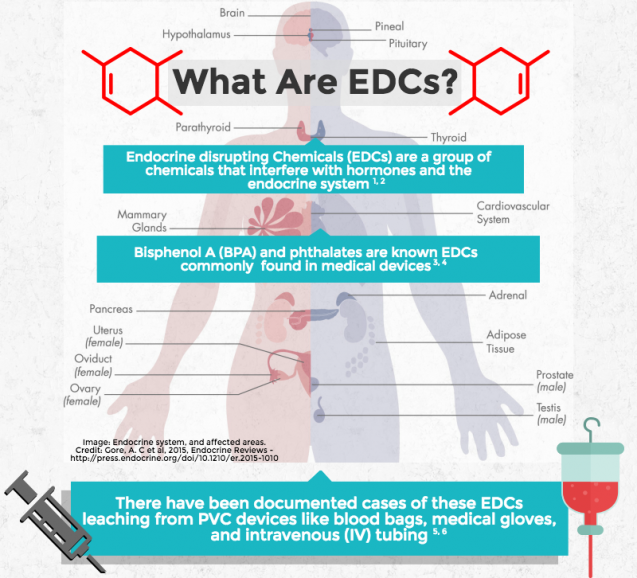 Endocrine disruptive chemicals (EDCs) are a broad category of compounds used in consumer products, electronics and agriculture that have been associated with a diverse array of health and environmental issues. These non-natural chemicals can mimic, block, or interfere with the way the body’s hormones work.

Consumer Co-ops in the Lead Our members have a long tradition of going beyond legislation in protecting consumers from hazardous chemicals, as it is in this case, by rigorously applying the precautionary principle. EDCs have been under strict scrutiny from consumer co-operatives due to the high standards our members adopt concerning consumer and environmental protection.

- Coop Denmark has banned EDCs in all private label products.

- Coop Italy has phased out per- and polyfluoroalkyl substances (PFAS) from all its own-branded personal care line.

- S-Group in Finland applies the precautionary principle for the EDCs used in cosmetics, personal care products and household detergents. According to their quality requirements, substances evaluated by the EU or other leading official organizations as causing or potentially causing endocrine disruption cannot be present in their private label products.

- Most recently, Coop Denmark raised their efforts to the next level by banning PFAS from all suppliers.

A call for Action

Against this background, Euro Coop calls on the European Commission to act more boldly and more swiftly when it comes to EDCs in order to better protect consumers and the environment. In this respect, we would like to draw its attention to the need to act on the following points:

- Prioritize the development of a “thorough research basis” for EDC policy formulation, especially when it comes to clear definitions, such as for the “safe level of exposure”; investigating the “cocktail effect” and the nexus between cosmetics and EDCs (ex. Sunscreens);

- Take a “group approach” in legislation. Currently, for bisphenols, only Bisphenol A (BPA) is well regulated whilst it is not the same for several other bisphenols, also dangerous;

- Consider the costs of inaction;

- Formulate KPIs for securing the necessary EU and national funding for public research programmes as well as boost product innovation at company level;

- Better enforce legislation on imports from outside the EU as well as on consumer goods bought online;

- Raise awareness of the environmental and health challenges posed by hazardous chemicals through ad-hoc communications campaigns;

- Recognize the importance of early warnings and apply consistently the precautionary principle.

The Commission will follow this roadmap with a public consultation, in which Euro Coop will represent the voice of consumer co-operatives. We therefore invite the EU Commission to take the afore-mentioned action points into due consideration when designing the upcoming consultation on EDCs for the public debate to be stirred in the right direction.

The EU should remain a reference point for high standards and keep operating on the basis of the best available scientific knowledge and legal certainty to protect consumers and the environment also beyond the EU boundaries, thereby making a direct contribution to a swifter attainment of the Sustainable Development Goals (SDGs).

Antimicrobial resistance (AMR) represents today one of the most dangerous threats to humanity...