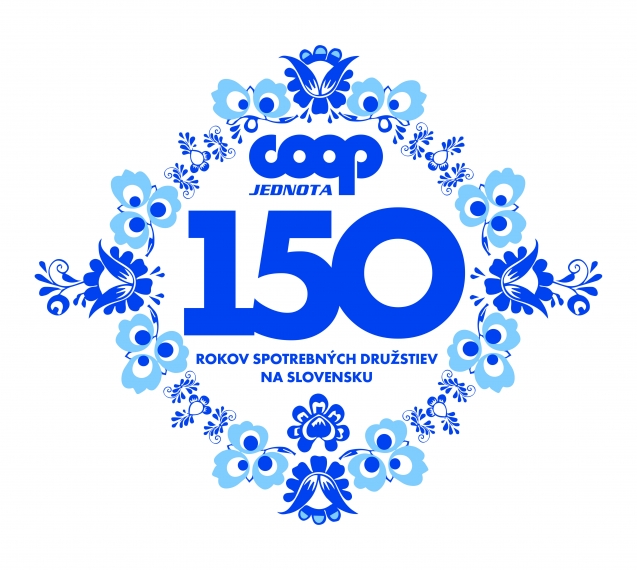 Distinguished guests from all backgrounds of the national economic, social and cultural life gathered on 29 October 2019 to honour the co-operative milestone. The invitees included representatives from all the COOP consumer co-operatives, trade unions, chambers of commerce, federations, associations and other collaborative organisations based in Slovakia and abroad.

The 150th anniversary of the consumer co-operatives in Slovakia was celebrated at the Holiday Inn in Bratislava. This extraordinary event was accompanied by a fabulous cultural programme, which made the whole evening memorable. Keynote speeches were delivered by Gabriel Csollár – Chairman of the Board of COOP Jednota Slovakia, invited guests and Ján Bilinský, the General Director of COOP Jednota Slovakia, who gave the concluding remarks. 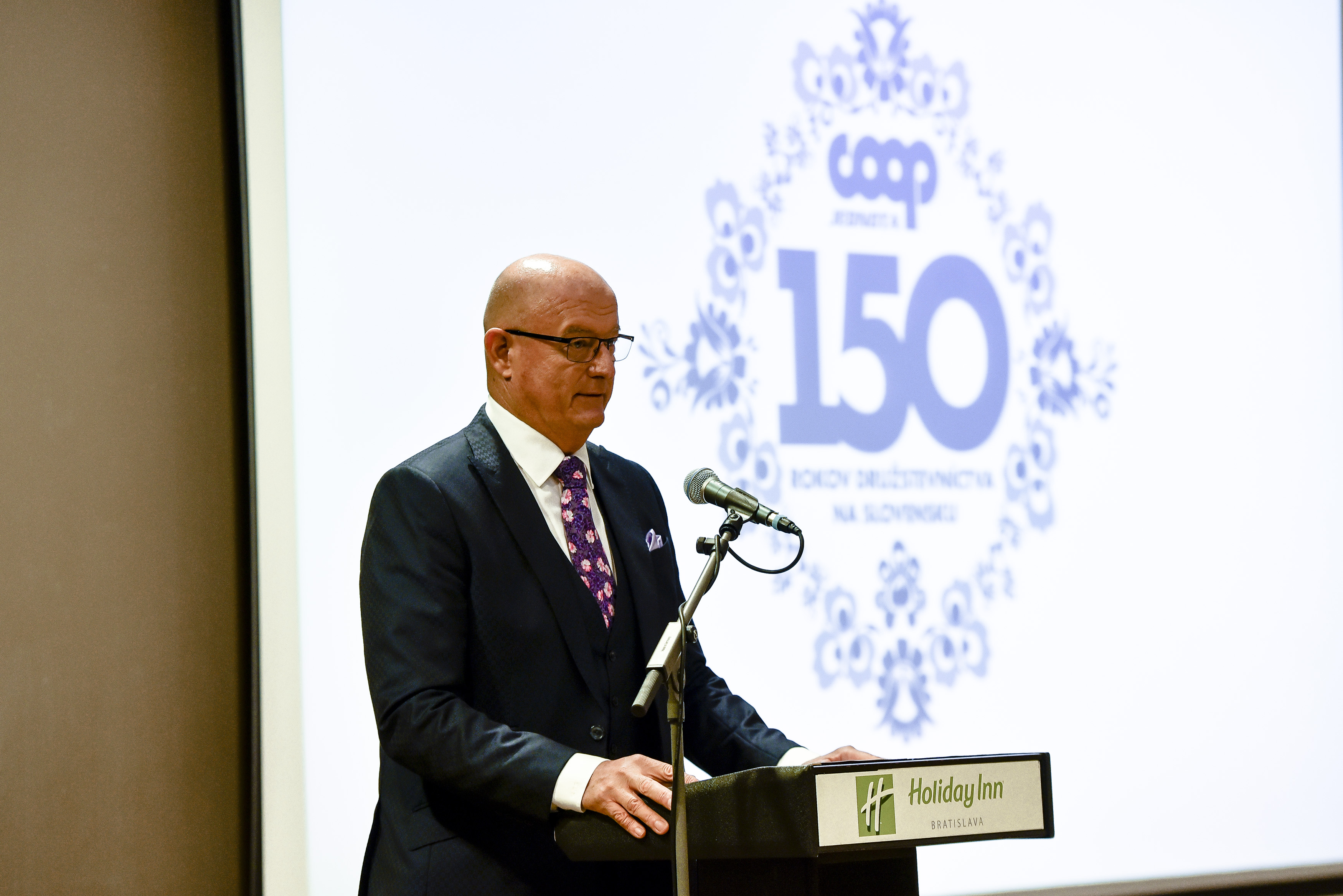 The speakers observed the remarkable journey of consumer co-operatives in Slovakia, consisting of many periods of growth and downturns in the past 150 years, but the underlying mission forever remained serving the individual members and facilitating their socio-economic development. Through its success, consumer co-operatives have been instrumental in contributing to the growth of local communities, as one of the key priorities being aiding rural and regional development across Slovakia. This task is a cornerstone in COOP Jednota’s strategy and business plans for the coming years.

In honour of the historical anniversary, COOP Jednota Slovakia produced a book of photographs – titled “Consumer Co-operatives in Slovakia”, revealing fascinating and little known facts about the rich history of the nation’s consumer co-operatives. 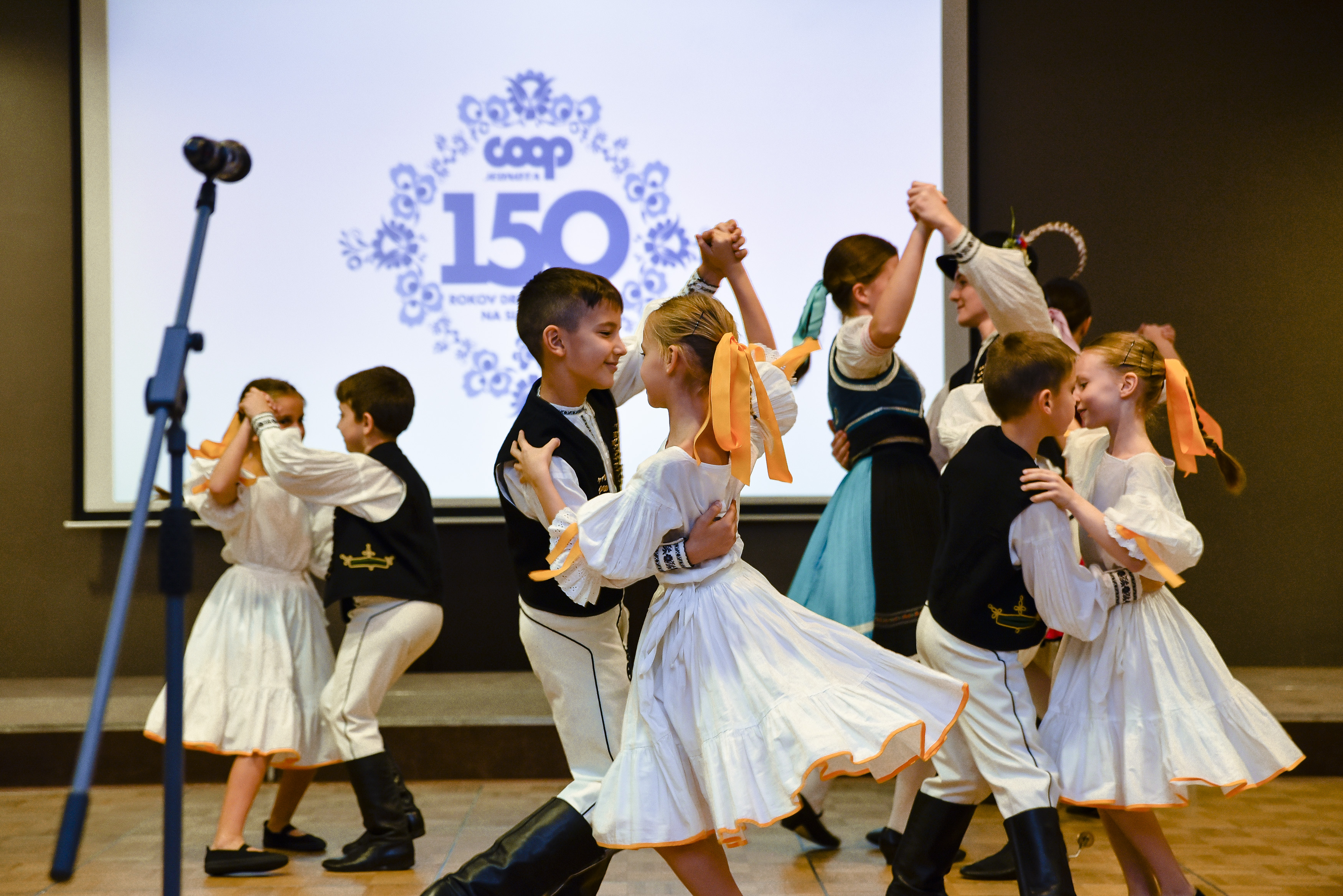 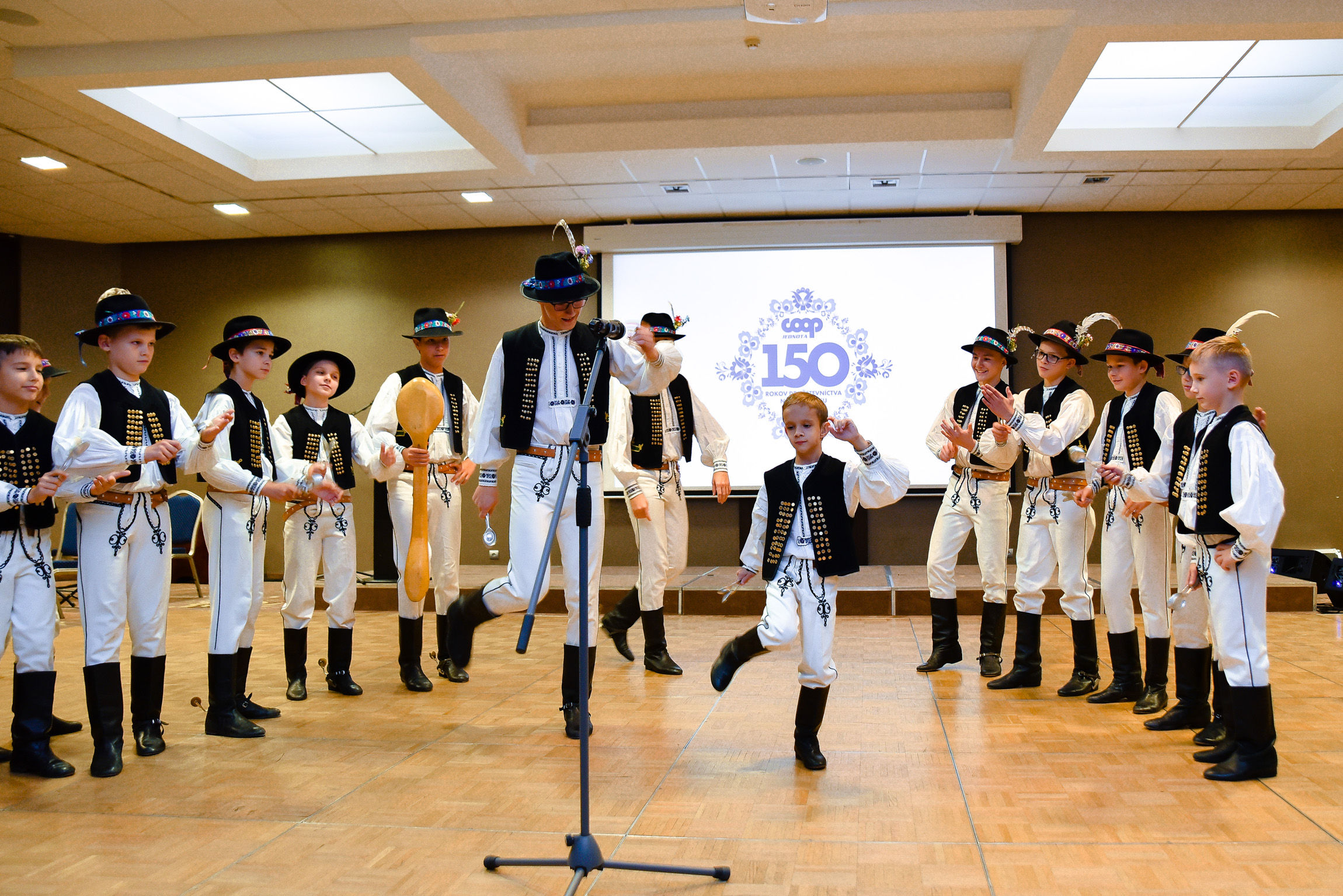 It is well-known, that the co-operative movement is present all over the world. Despite 175 years having passed since the Rochdale Pionners, today’s co-operatives still resonate and make an impact on people’s everyday lives and therefore, are growing factors in national economies where they are present. While audiences in Slovakia may have insufficent knowledge of this, the global co-operative movement is comprised of extremely successful co-operative eterprises in the different sectors of the economy.

In Slovakia, after 1989, the consumer co-operatives concentrated their efforts on guaranteeing the supply of groceries and good of basic need to individual members and consumers, especially in rural areas. Testament to Coop Jednota’s success in economic activities and in implementing its social responsibility in the most recent history is the fact that it operates a network of 2,000 stores across the country and employs more than 14,000 people.