Coop Estonia is the most desirable employer in the trade sector 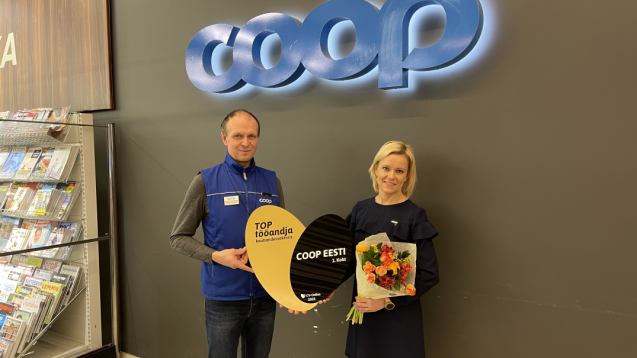 Great news from our network!

According to the Online TOP employer survey, Coop Estonia is the most desirable Estonian employer in the trade sector for the third year in a row.

More than 8,000 people from all over Estonia participated in the online survey where they were asked to indicate which company was the most desirable employer in general and in different business sectors. Coop Estonia ranked first in the trade sector and fifth in all sectors.

The award have been received by Mart Kansa, Director of Lasnamäe Maksimarket, and Kerstin Jaani, Human Resources Director of Coop Eesti Keskühistu.

Equal opportunities in COOP Jednota: almost half of management positions are held by women

The percentage of women working in retail sector is growing faster in recent years and COOP...

The Estonian Coop cooperatives and Coop Pank support the operations of the Red Cross in...