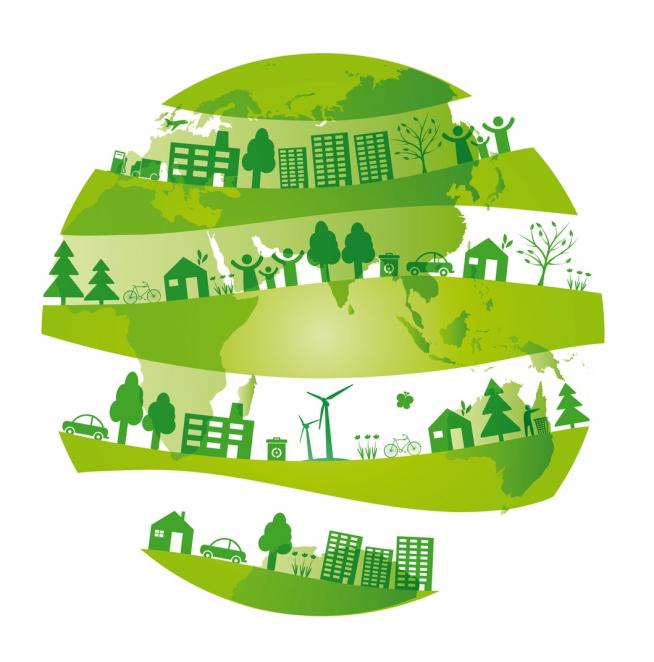 Euro Coop joins the global co-operative movement in the celebrations of the International Cooperative Day.

This year’s theme for the International Co-operative Day is “Cooperative enterprises achieve sustainable development for all”. Concern for the community is one of the co-operative movement’s founding values and, as such, the need to sustainably safeguard favourable living conditions for communities underpins all co-operatives’ operations and vision.

In a general sense, sustainability is the capacity to support, maintain or endure. Since the 1980s, the concept of sustainability has evolved to mean the integration of environmental, economic and social dimensions. Co-operatives here again are the forerunners of modern sustainability. By placing human need at their centre, they respond to today’s crises of sustainability and deliver a distinctive form of shared value.

As part of this, the Alliance commissioned a scan of co-operatives from different sectors and regions around the world to see how closely linked they are to sustainability. The report concluded that co-operatives embed sustainability into their operating model and values, and that the United Nations can and should recognise this. Indeed, in a resolution adopted in December 2001, the UN urged governments to encourage and facilitate “the establishment and development of co-operatives, including taking measures aimed at enabling people living in poverty or belonging to vulnerable groups to engage on a voluntary basis in the creation and development of co-operatives”.

The United Nations is currently setting ambitious new targets for the period after 2015 and these will be called the Sustainable Development Goals. The co-operative movement touches one billion people worldwide and through our vision of sustainable development for all, we can be key partners in this.

Read the complete message of the International Co-operative Alliance in English, French, Spanish.

Consumer co-operatives in Europe are also frontrunners in mainstreaming, for example, Fairtrade and organic products, especially via their own brands. This is a concrete measure to help developing countries trade their way out of poverty. In the United Kingdom, The Co-operative Group was the first British supermarket to sell Fairtrade bananas and sugar and in 2008, was the first to convert all its tea to Fairtrade. Nearly 10% of Coop Sweden’s produce (Sweden’s second biggest retailer) is organic, which is double that of any other retailer in Sweden.

Own-brands at consumer co-operatives are key tools to deliver enhanced levels of sustainability to consumers. Labels like the EU Ecolabel for non-food products and the EU organic logo, amongst others are widely used in own-brands sold by European consumer co-operatives and much has been done to support their mainstreaming to the general public. However, consumer co-operatives develop their own specific lines for ecological products – like “Änglamark” in Sweden, Norway and Denmark, and “Vivi Verde” in Italy. These cooperative own-brand product lines uphold stricter ecological standards than the general EU above-mentioned logos. For example, Coop Denmark has phased out all Endocrine Disrupting Chemicals (EDCs) from its own brand lines.

In terms of fostering energy efficiency and encouraging the uptake of renewable energy, consumer co-operatives are amongst the leaders. The Co-operative Group, UK, sources virtually all its energy (98%) from renewable sources, while S-Group, Finland, owns and develops wind power to cover its energy needs.

According to Todor Ivanov – Secretary-General of Euro Coop, “With concern for the community a founding principle, sustainability underpins everything co-operatives do. By looking beyond the short-term goal of maximising profit regardless of the consequences, many are starting to look to our model of business as an alternative to traditional forms.”

In April 2014, Euro Coop co-signed a Joint Declaration entitled ‘Actions towards a more sustainable European food chain’ alongside other representatives from across Europe’s food chain.

Unlike other private retailers, next to information consumer co-operatives also provide education to their employees and consumer-members. Awareness-raising campaigns, co-operation with schools and the work carried out by actual co-operative-run schools in countries like Italy, the Czech Republic and the UK, all play a part in creating more sustainable societies. For example, the campaign “Water from my Own Place” carried out by Coop Italy encouraged, among other actions, consumption of tap water to slash CO2 emissions derived from the transportation of bottled water across the country.

The International Day of Co-operatives has been celebrated since 1922 and on 5 July, the one billion-strong international co-operative movement will reach out to each other and celebrate, debate and disseminate the message that “Co-operative enterprises achieve sustainable development for all.” In Europe alone, co-operatives can count 1 in 5 people as members.

Note to the Editors

Euro Coop is listed in the European Commission register of interest representatives under ID 3819438251-87.