EU-Thailand Trade Negotiations: Labour Rights Must be a Precondition to Resume Talks 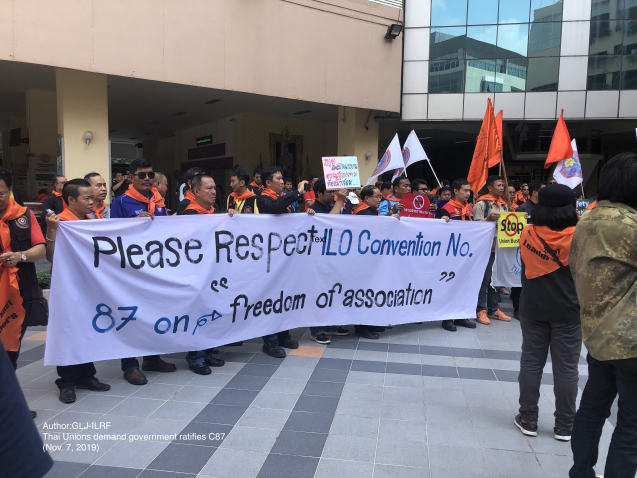 Euro Coop joins today a group of 45 organizations composed of NGOs, trade unions and companies in sending a letter to Valdis Dombrovkis, Executive Vice President of the European Commission, urging the European Union to require a labour reform in Thailand as a precondition to the resumption of trade negotiations with the Government of Thailand.
EU-Thai trade negotiations began in 2013 but were suspended because of Thailand’s May 2014 military coup. Since elections in March 2019, and the ascension of former coup leader Gen. Prayut Chan-ocha as Prime Minister, the EU has indicated that it sees the end of Thailand’s formal military government as an opportunity for re-engagement on trade with Bangkok. In 2019, the EU and the Thai government began preparations for a possible resumption of the EU-Thai free trade negotiations. The EU has pledged to place respect for human rights at the core of its trade policy. Recent events in September and October 2020 to crackdown on peaceful protesters in Bangkok raise further concerns the EU must take into serious consideration.

As signatories, we emphasized in the letter that Thailand’s weak labor laws fall far short of international standards and the government has a poor track record in both preventing and countering labour rights abuses such as forced labor, discrimination against migrant workers, and violations of freedom of association. Such failures pose serious risks for buyers of goods and products from Thailand who are determined to ensure compliance with requirements to respect human rights throughout their global supply chains.
The letter calls for the European Union to establish a clearly defined, measurable and time-bound roadmap for Thailand to follow before trade negotiations can be restarted. In particular, it calls for this roadmap to include ratification of ILO Conventions 87 and 98, covering freedom of association and collective bargaining rights, followed by passage of amendments to national labor laws to bring them into compliance with these core ILO conventions.
This action is part of the collective effort carried out by Euro Coop members to raise human rights standards in supply chains, thereby living up to the co-operative principles on which they base their operations.
Please find the letter here
Please find here the highlights from the Euro Coop Roundtable: "Ethically Sound Supply Chains: A Consumer Co-operative Perspective’
Photo: Thai Unions demand government ratifies C87 and drops case against 13 State Railways Union Leaders (Nov 7, 2019). Author GLJ-ILRF.
Tags: #trade #EU #labor #ILO

Aspects of Europe’s food and farming system directly contribute to a wasteful use of...

"Environmental impact of food in Spain", the new edition of Consumer Co-operatives Journal by Hispacoop

Hispacoop presents the new edition of the Consumer Co-operatives Journal with an analysis of the...

Coop Netherlands is committed to providing its stores with fresh meat – from chicken...